History on the Quinceanera Tradition

The origins of the quinceañera celebration are associated with Aztec culture. At age fifteen, boys became warriors and girls became women or in other words, they were ready to marry. Girls either got married or became priestesses.

Some explain that the quinceanera tradition was formed when the Spaniards arrived in South America and their culture intertwined with that of the Aztecs. Christianity started blending in with the rituals of becoming of age. 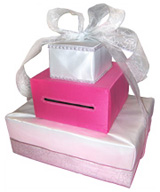